Miroslav Klose has scored the most the goals with 16 across 24 games. France’s Just Fontaine and Hungary’s Sándor Kocsis took only 6 and 5 games, respectively, to score 13 and 11 goals, having highest goals/game average and more than double the next highest. 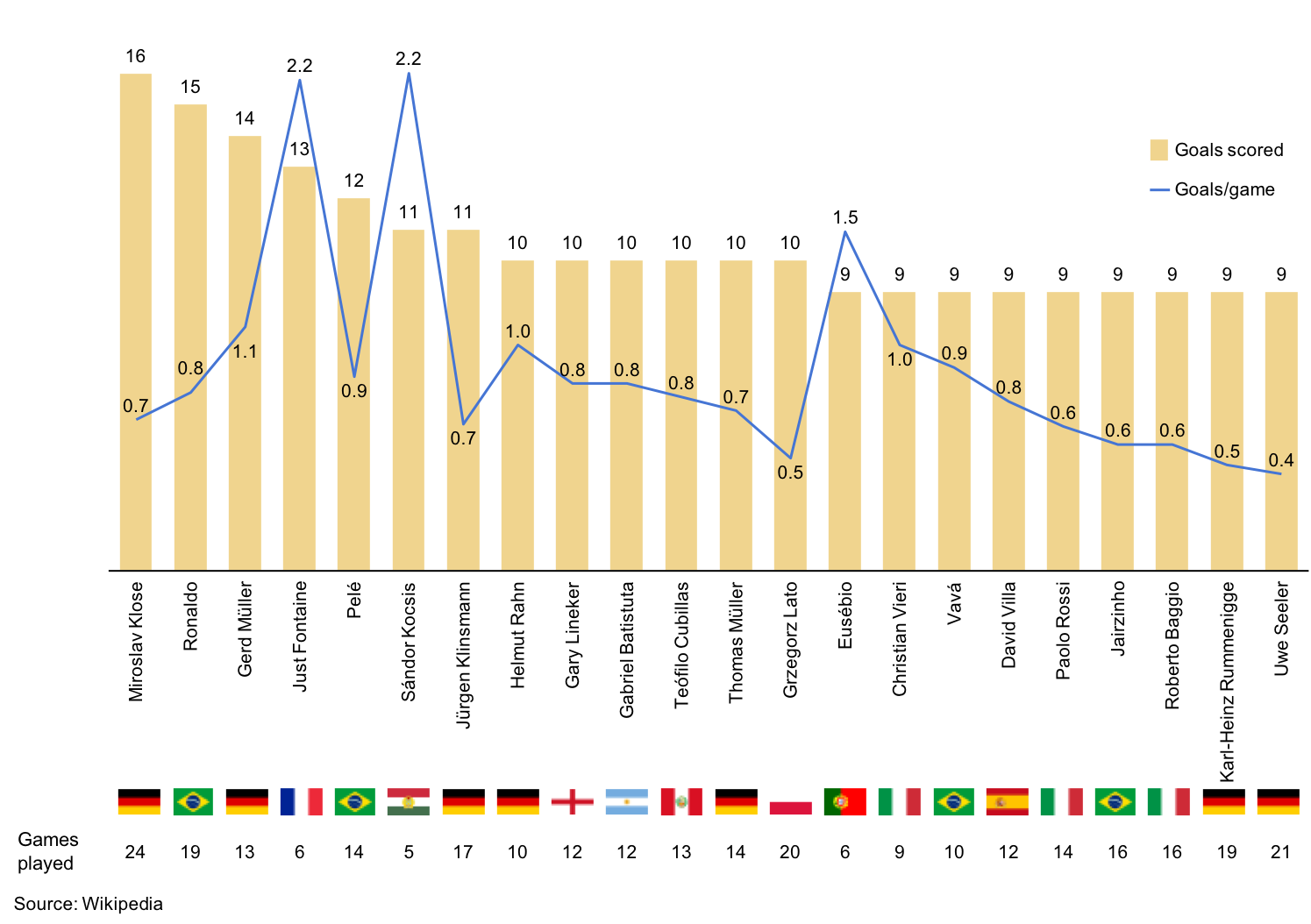