At the highest differential, 69% of wage earners comprise just 30% of cumulative net compensation. Note that at about 95% of wage earners, there is a discontinuity due a significant change in bracket definition. 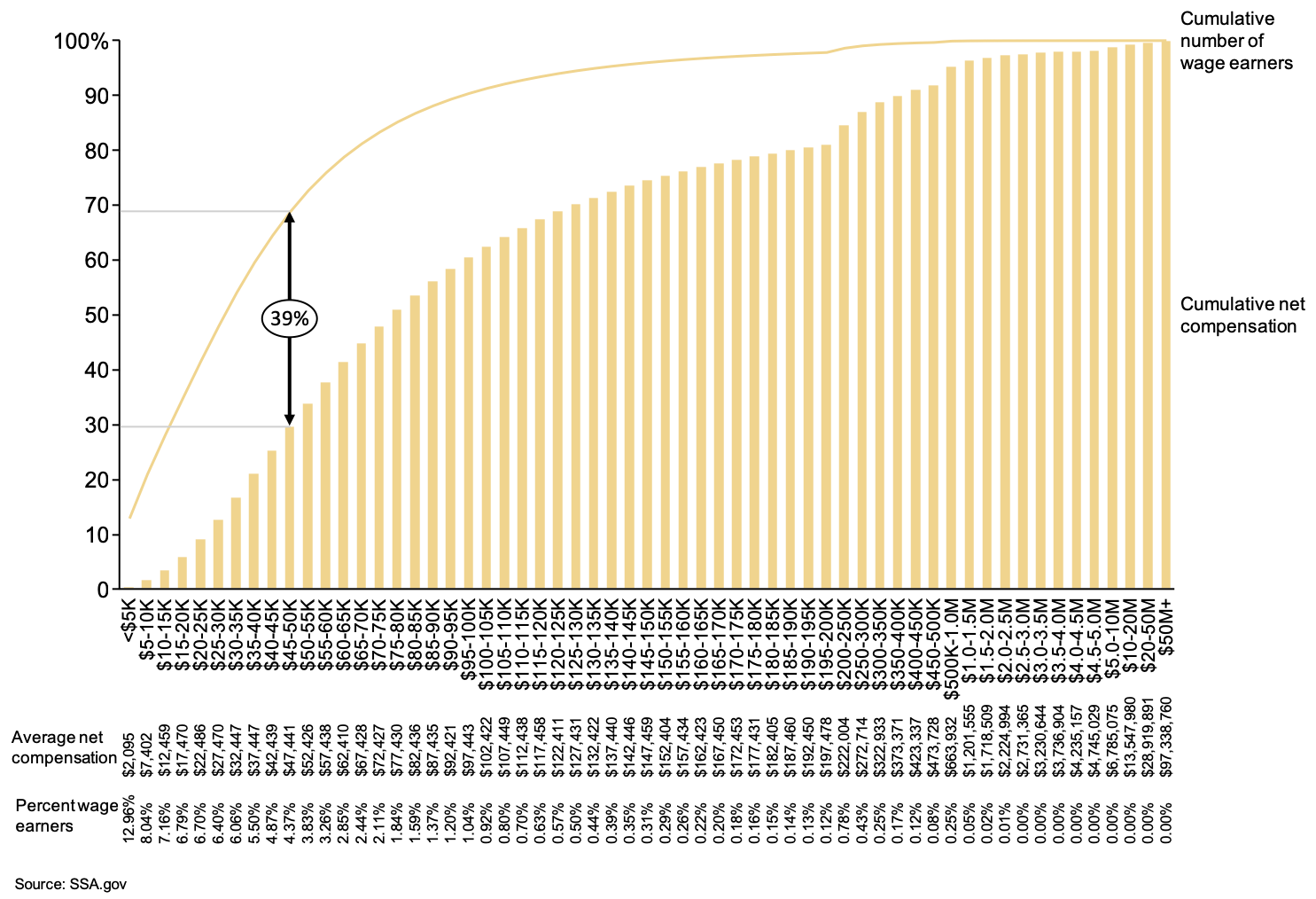 The data visualization above was built with the Aploris add-in for PowerPoint.

The line chart below shows the amazing growth of Bitcoin value over the last year. A delta bridge highlights the 1217% growth! 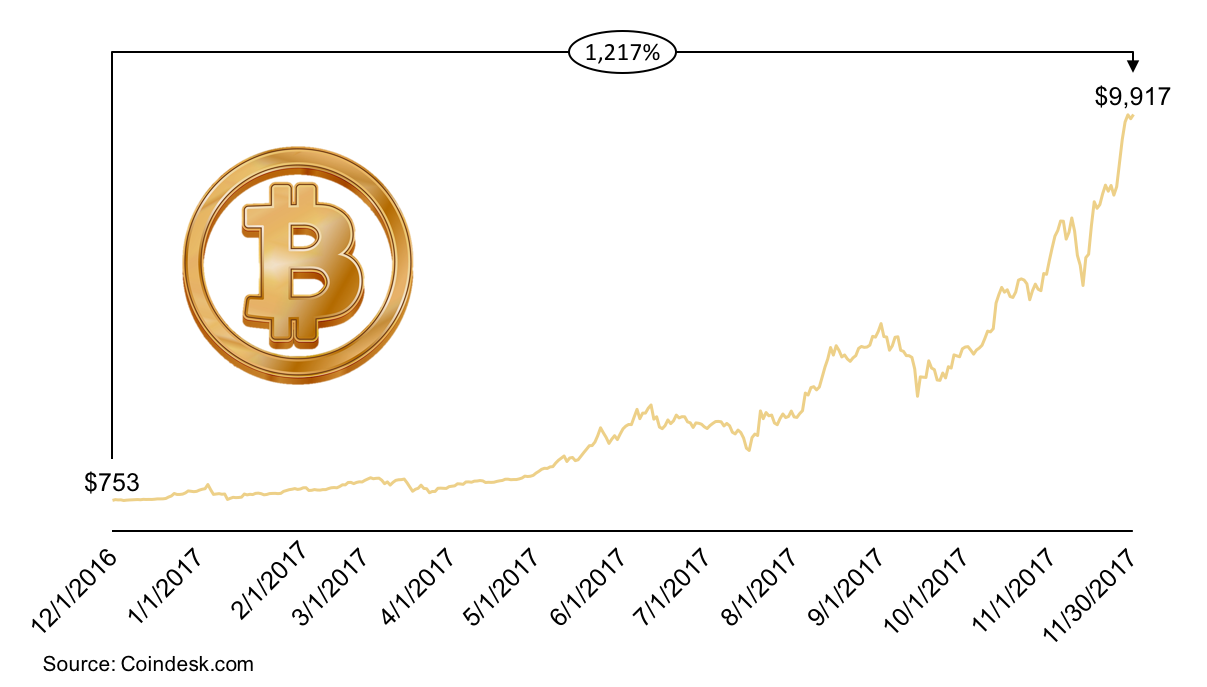 This line chat was built using Aploris on a Mac with macOS. The delta bridge is a standard feature an can be inserted in a couple of clicks.

The combination bar-line chart below shows worldwide cereal production, utilization, and stocks on a yearly basis. In addition, a data row is used to compare the stock levels with the utilization. To clearly show the data, which is spread over a large range, two axes are used. The left axis begins at 1800 million tonnes to amplify the delta between production and utilization.

Production has consistently been higher than utilization which leads to an increase in the available stocks. Further stock levels as a fraction of utilization have also increased slightly.

Cereal production and utilization depicted in a combination bar-line chart

This chart was built using PowerPoint 2016 for Mac and the Aploris PowerPoint add-in. The stacked bar below shows that the average cost of a wedding in the US is $26,720. The largest category, comprising 45% of the total cost, is the venue, catering, and rentals. 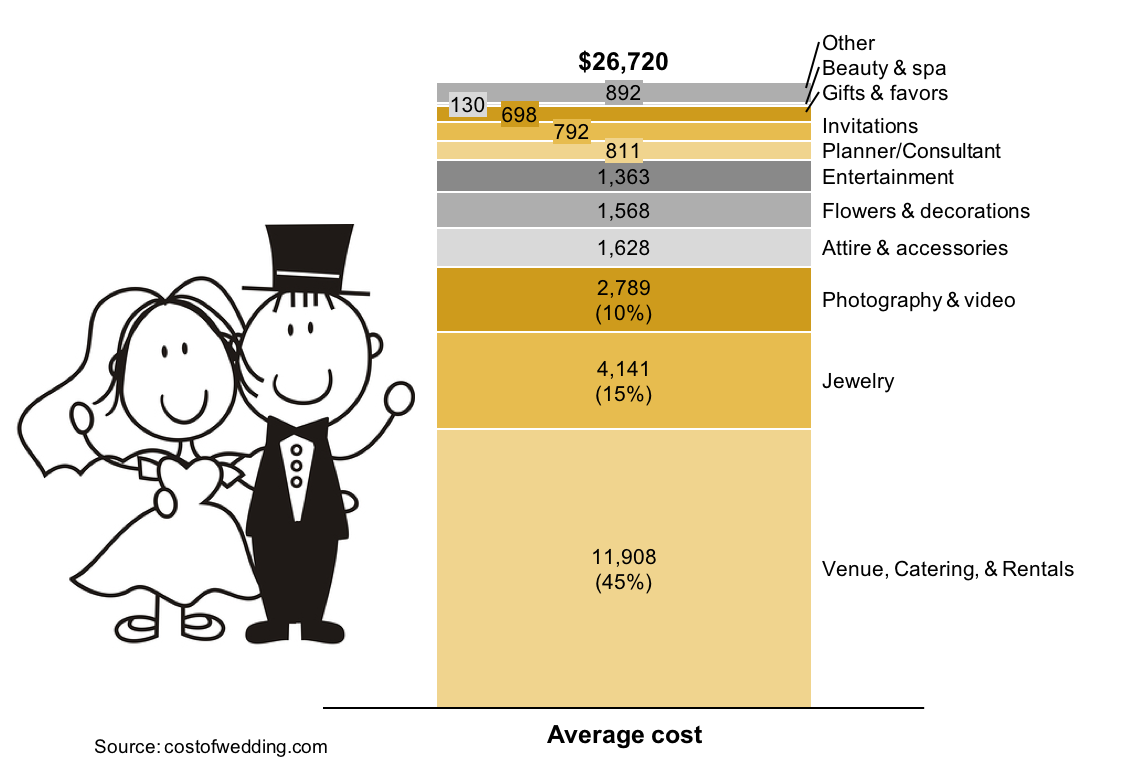 This chart was built using PowerPoint for Mac 2016 and the Aploris add-in.