The scatter chart below shows the change in male and female tobacco smoking rates in different countries between 2000 and 2015. In addition, countries are color-coded by their income levels.

In general, the more countries spend on healthcare the longer their citizens live.  However, the US is a significant outlier. The US spends much more than any other country but its life expectancy is below many. The source article (https://ourworldindata.org/the-link-between-life-expectancy-and-health-spending-us-focus) plots health expenditure per capita on the y-axis (instead of healthcare spend per capita for each year of life expectancy). However, we find that their visualization is not as effective in calling out the US as an outlier.

This chart was built with the Aploris PowerPoint add-in.

The cluster bar chart below shows the estimated prevalence of diabetes in different global regions in 1980 and 2014. In addition, a data row is used to show the estimated number of people with diabetes. The prevalence rates have increased drastically over the time period.

The data from the World Health Organization’s 2016 Global Report on Diabetes. This chart was built using the Aploris charts add-in for PowerPoint Mac 2016.

The bar chart below shows the glycemic load (GL) for some common foods. GL measures  the quality (glycemic index) and quantity of a carbohydrate in a meal. In addition, a data row is used to show the glycemic index and serving size. The foods are organized in categories and sorted from highest to lowest GL within each category. 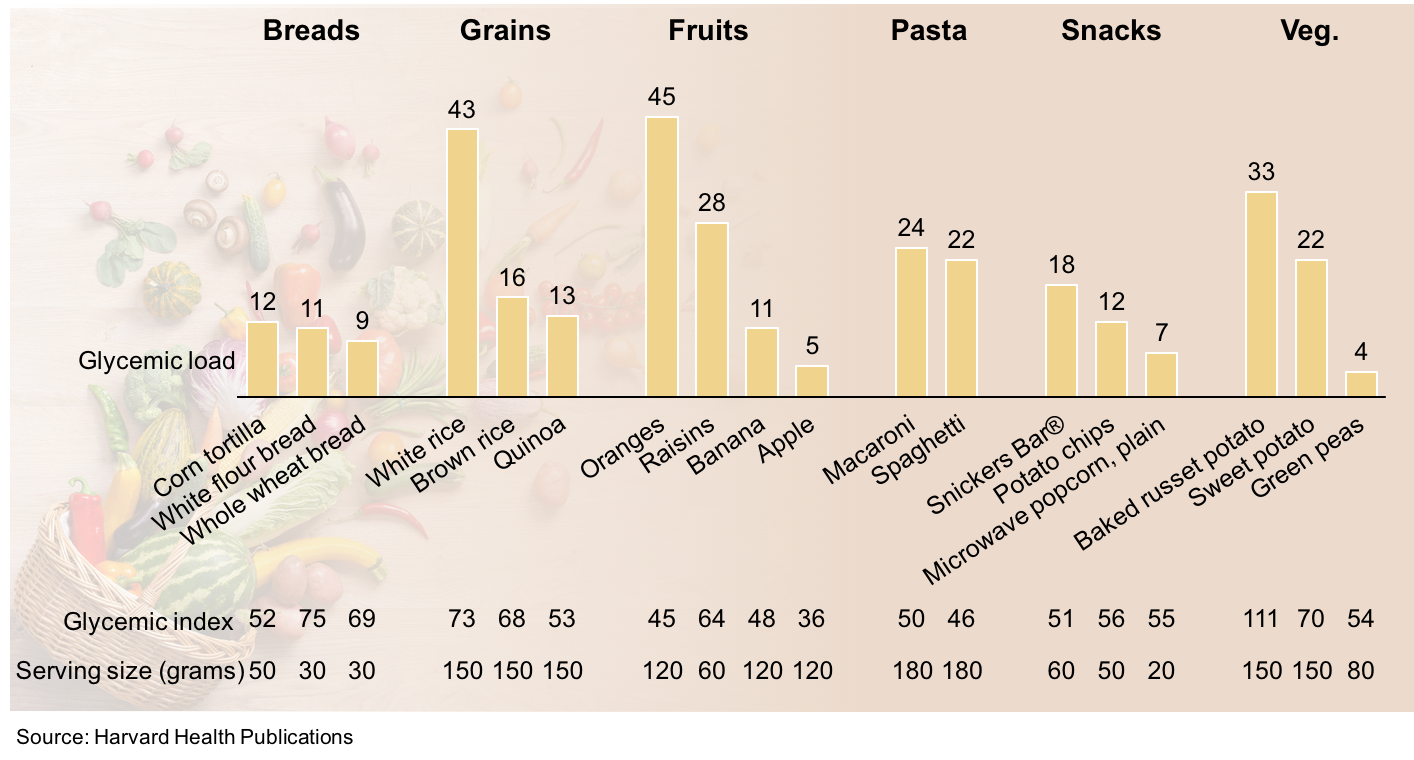 This chart was built using the Aploris add-in. Aploris integrates with PowerPoint on PCs and Macs to help users quickly make a variety of business charts.